We received a special request last year from BSH Hausgeräte GmbH (formerly BSH Bosch und Siemens Hausgeräte GmbH). The Munich-based company required an ISO Class 7 cleanroom for the clean production of sensitive components. To accommodate up to ten process systems, the 21x15m cleanroom was to be constructed without any interfering supports and columns. Since there was no possibility of suspending it from the factory's own hall, the cleanroom had to be designed as a self-supporting structure. In addition, the cleanroom ceiling had to be accessible and designed for later expansion.
The most important and often the most beautiful part of our work is to consider the special requirements and wishes of our customers individually and to transform them into a functional and durable cleanroom. Freely following Albert Einstein's motto: "In every difficulty lives the possibility", our team has taken on this interesting task and developed a solution that is sustainable in the truest sense of the word. 1.20m high trusses bridge the 15 meters width of the room in one piece. Thanks to the modular design of the system, the desired expansion option of approx. 150 m² could be provided for at the same time.
The new clean room was also visually designed according to the customer's wishes. The fully glazed front of the 325 m² cleanroom facility allows daylight to enter and creates an open working atmosphere. The personnel airlock with access control was furnished and equipped according to cleanroom technology and ergonomic aspects. 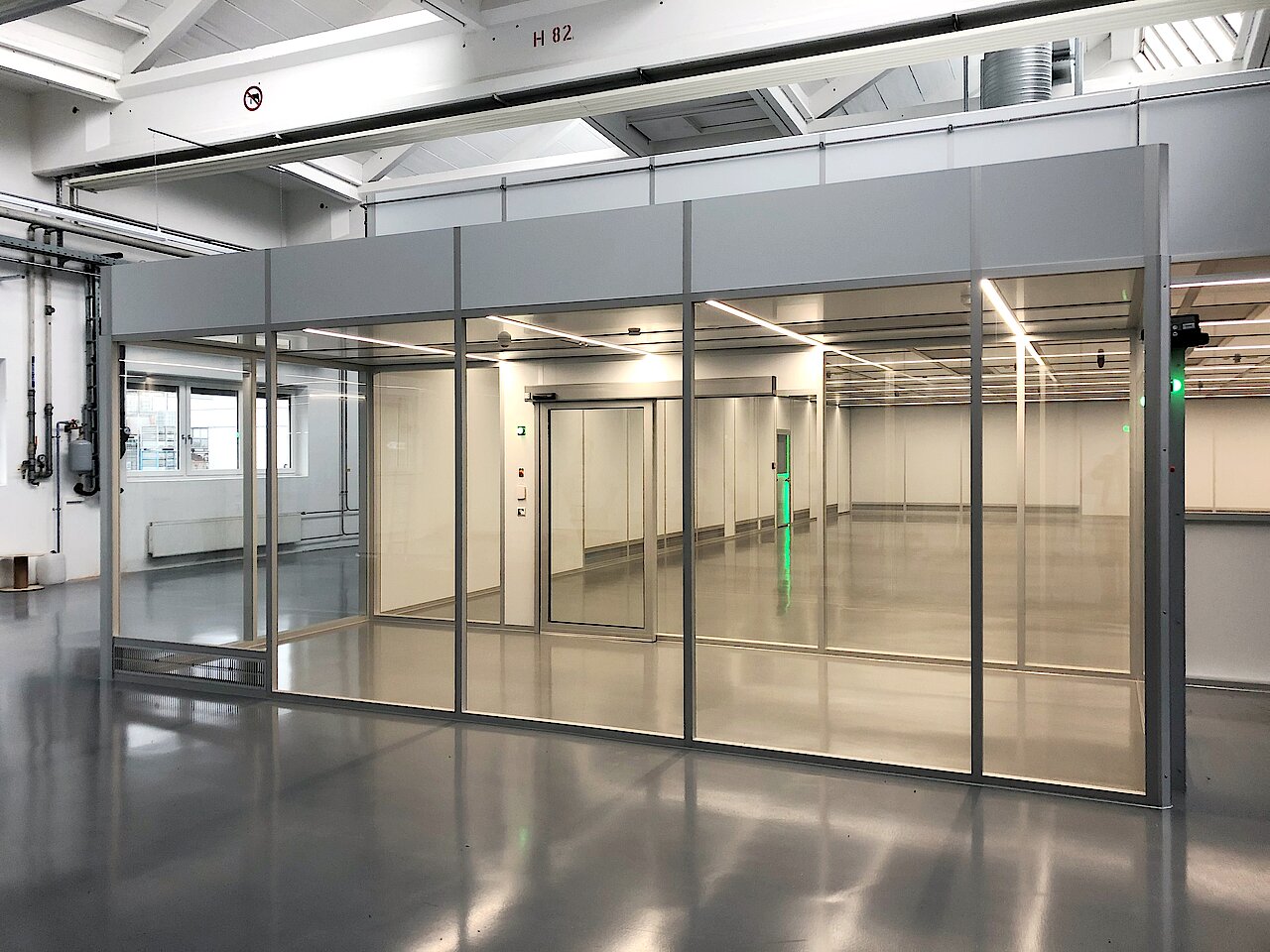 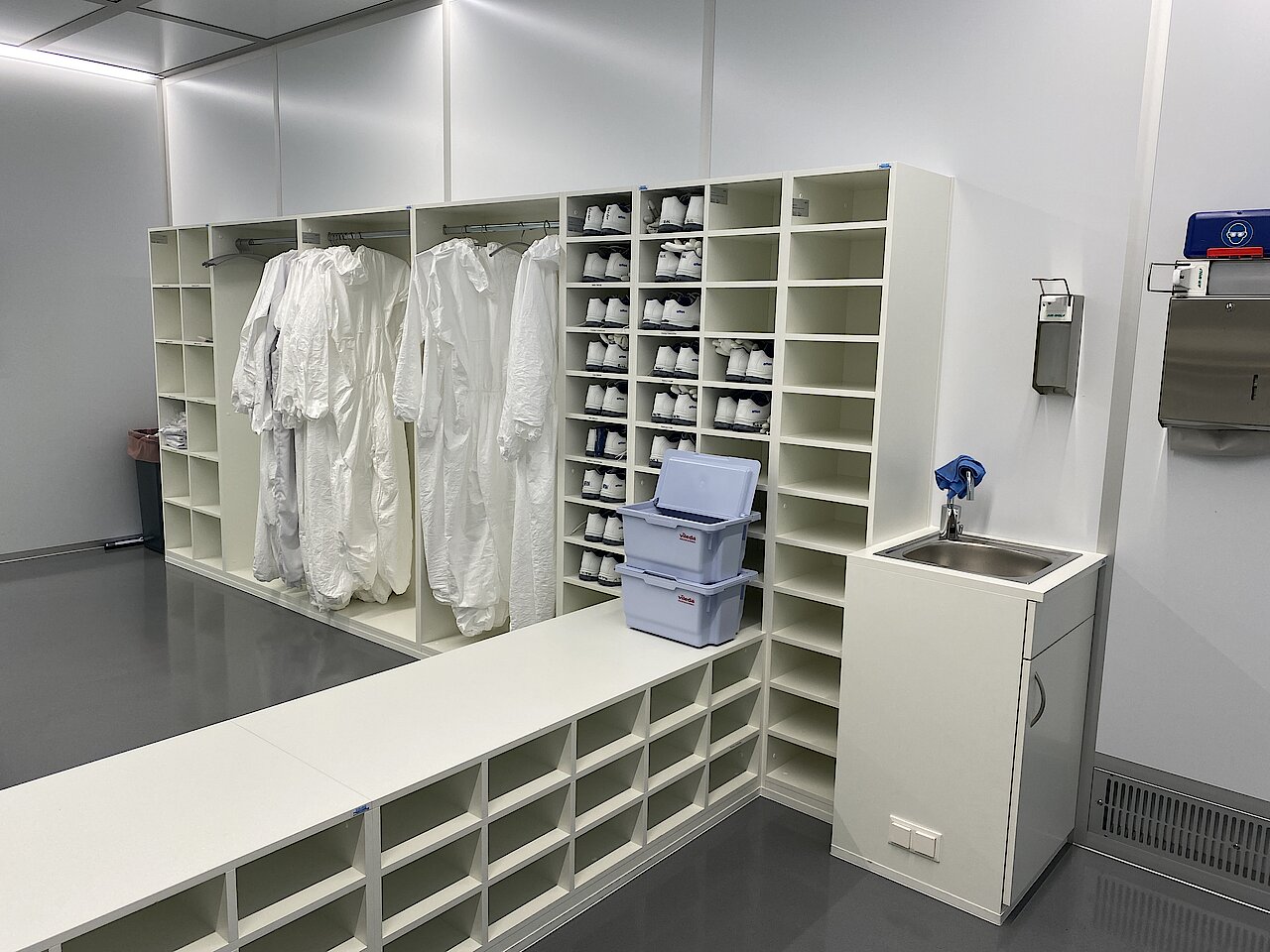 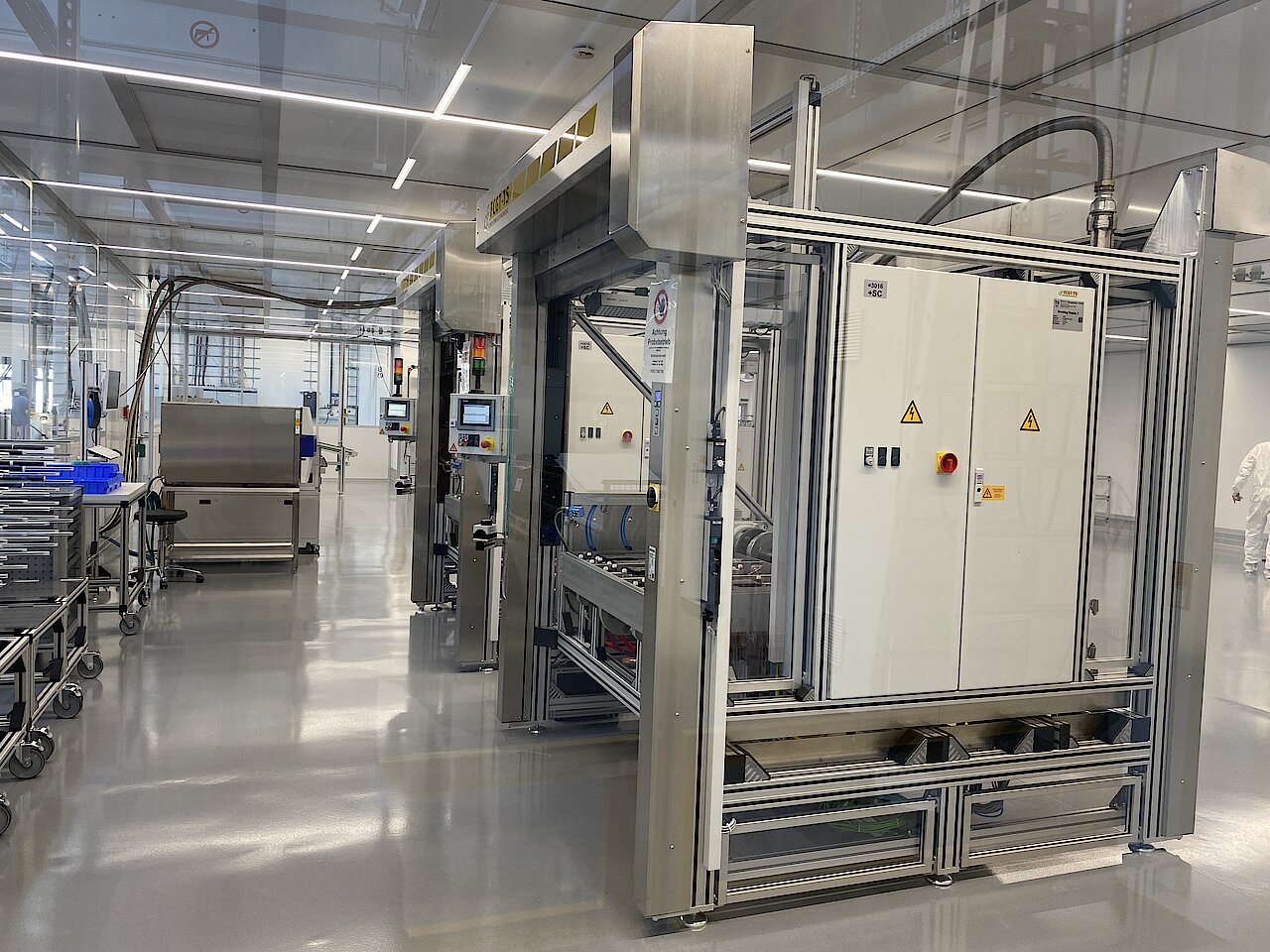 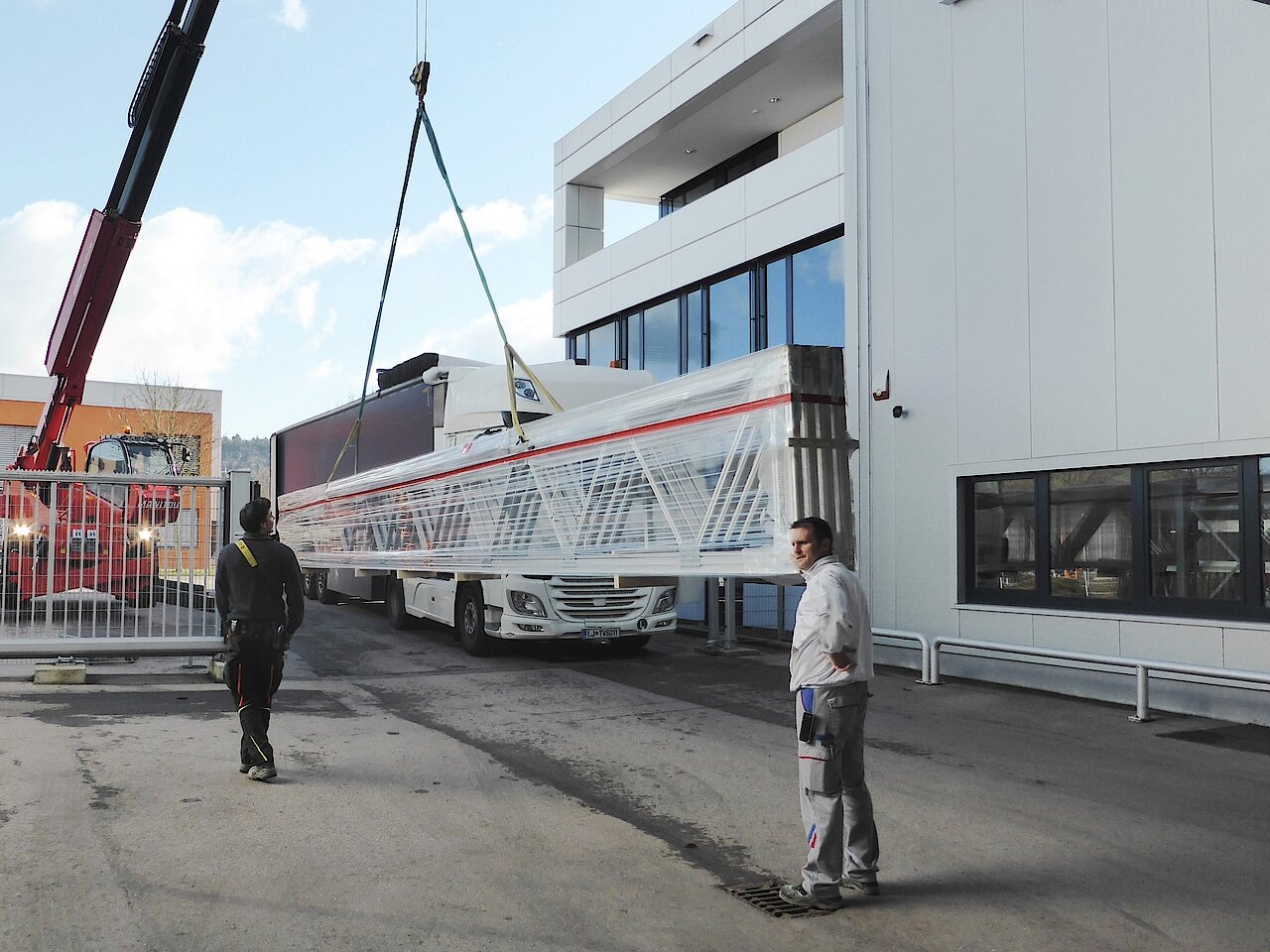