Pipettes from the cleanroom

Hamilton is invested in a modern production facility in Domat/Ems. The core of the four-story new building is a 560 square meter cleanroom in which 2.5 billion pipette tips are manufactured annually under controlled conditions.

The Hamilton Group is a leading developer and producer of liquid handling and process analytics in the core areas of BioPharma and ChemPharma. The high-tech company with 2500 employees worldwide has been posting record sales for several years and has become one of the most important employers in Eastern Switzerland with its factories in Bonaduz and Domat/Ems. With a high automation rate and almost faultless production, the Swiss factories are able to maintain a competitive advantage on the international market. In Domat/Ems, a new building has now been put into operation, which has been designed precisely to meet the requirements of safe and efficient production. The modern glass building, whose roof and facade are covered with photovoltaics, impresses with its highly automated storage and production.

The core of the new building is a 560 square meter ISO class 8 clean room, which was built for the production of pipette tips. Here, 2.5 billion individual parts are produced, tested and prepared for safe shipping every year. Applications of the tips include molecular biological research and laboratory diagnostics, such as DNA analysis. Smallest amounts of liquid must be pipetted accurately. To ensure reliable diagnoses, the pipettes should not contain any traces of DNA, RNase or endotoxin/pyrogens. In order to guarantee this to customers, Hamilton relies on controlled production under clean room conditions.

Innovative technology also determines the CleanMediCell® cleanroom system from SCHILLING ENGINEERING, which was designed exactly for the requirements that occur when handling the large number of sensitive plastic components.

In addition to the actual clean room, which guarantees ISO Class 8 air quality, the clean room specialist also supplied the laminar flow housings for the injection molding machines to ensure contamination-free production. The pipette tips are manufactured in a controlled injection molding process. Each machine is equipped with a laminar-flow housing, which protects the open areas of the production from contamination with a controlled supply of clean air of ISO class 5. The manufactured parts are now fully automatically grouped into trays of 96 pieces each via cleanroom transport systems and a connected robot handling system and transported into the cleanroom. Contamination is eliminated in this way.

The principle of cleanroom technology is based on high-performance filters that filter particles from the surrounding air. The low-particle air is flushed into the cleanroom and displaces the airborne particles in permanent air changes that are still in the cleanroom. The clean room has a connected air conditioning system and is operated with constant temperature and humidity. The cooled and filtered air is returned to the air circulation system in an energy-efficient and filter-friendly manner. For cooling, the economically available deep well water is used.

The cleanroom system is equipped with 900 Lux LED lighting. The GMP cleanroom light strips are integrated into the aluminum profiles seamlessly to create a very bright yet pleasant light. In addition to the artificial light, the cleanroom was equipped with large windows that provide natural lighting and also integrate very well into the modern environment of the newly designed building.

The required media are seamlessly integrated and are located inside the wall, which makes them very easy to clean.

Wall and ceiling modules of the cleanroom are connected with a silicone-free sealing clip system, which ensures a high level of tightness of the room. Due to the modular design and the patented connection, SCHILLING ENGINEERING cleanrooms can be easily modified or extended.

A special feature of the cleanroom system is the integrated GMP monitoring. The particle concentration within the cleanroom is monitored as well as the parameters pressure, humidity and temperature. All values are constantly recorded and documented. The controlled process, which complies with the high GMP requirements, can thus be verified over the entire production period. The measurements and settings are combined in the CR_Control® control system, which is controlled via an easy-to-use touch screen. Here, maintenance and error reports are displayed and all parameters including the air conditioning technology can be easily selected and controlled.

The safe entry and exit of employees and material is another important point in any cleanroom concept. This is achieved via separate airlock systems. Employees enter the clean room through a specially furnished personal airlock where they change into cleanroom clothing that emits few particles. In the cleanroom the pipette tips are checked, partly sterilized and packed. The double-packaged end product is safely transported to the outside via the material lock and can now find its way to the end customer without risk.

The cleanroom system of SCHILLING ENGINEERING was put into operation in time for the opening of the new building in Domat/Ems, to which the American Managing Director Steve Hamilton from Nevada had also travelled. 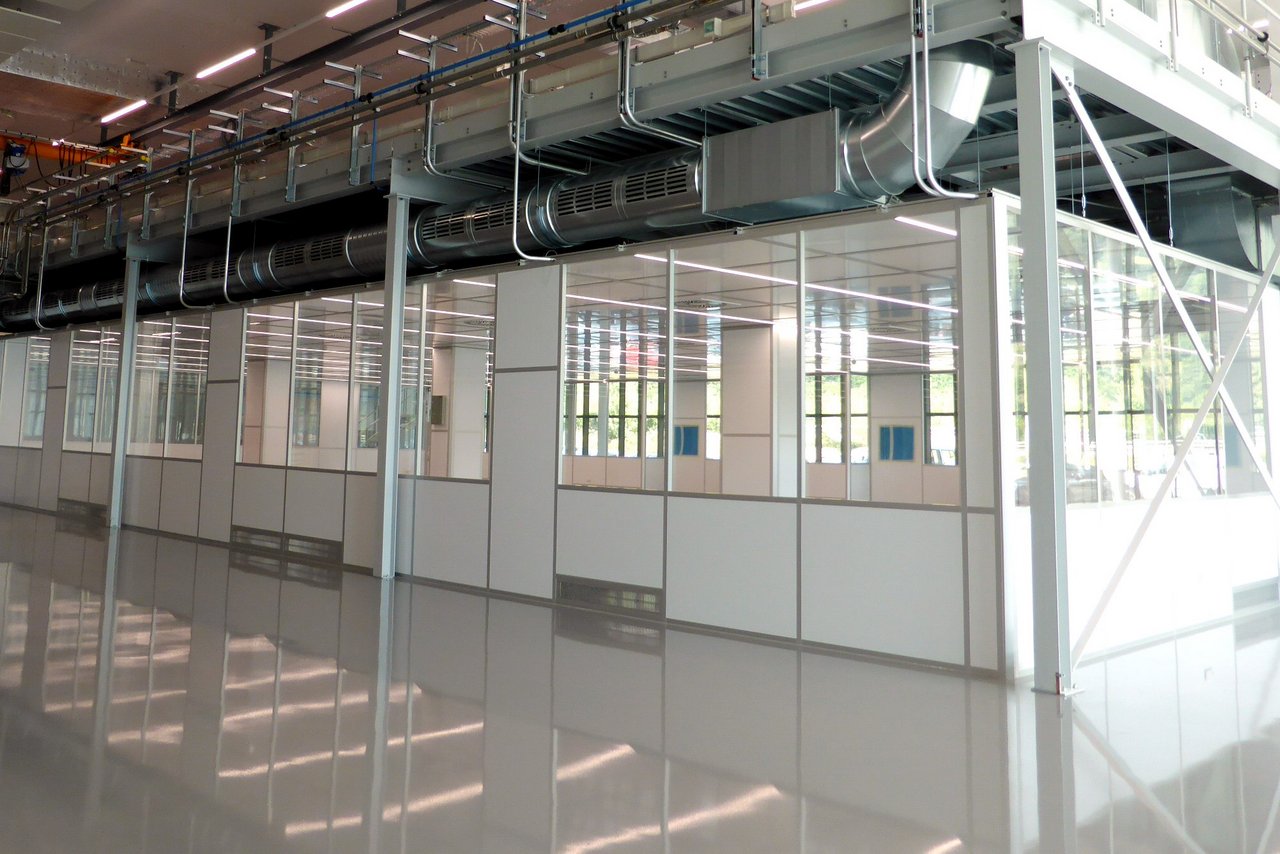 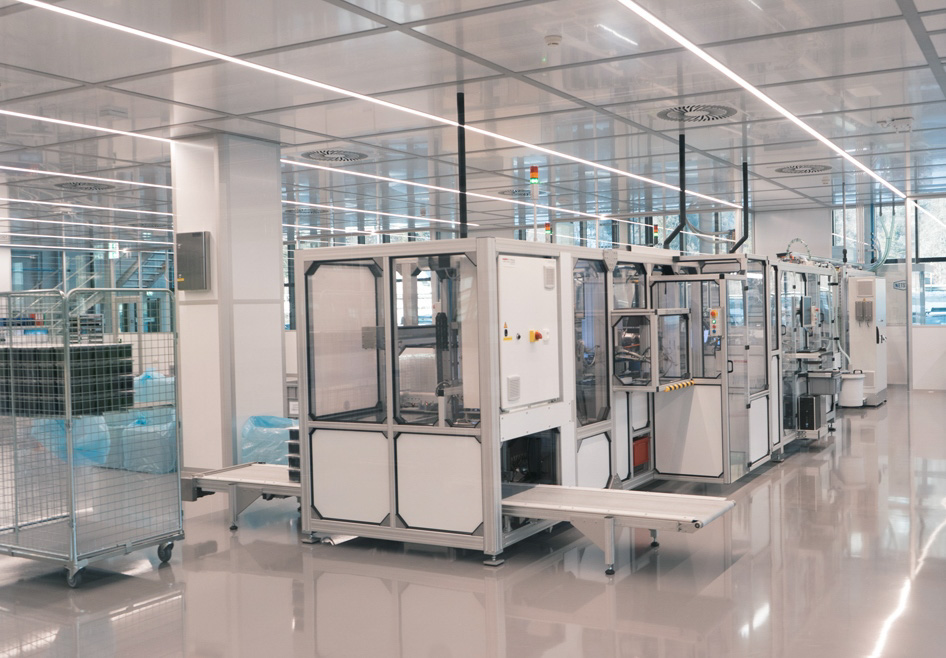