SCHILLING ENGINEERING GmbH in Wutöschingen is one of the leading specialists in clean room technology. The company of Günther Schilling has long since made a name for itself on the international markets and continues to expand. With the expansion of the company over a total area of ​​12,000 square meters, the company has set a further milestone and focused on the future.

The steady growth of the company is based on a forward-looking concept. SCHILLING ENGINEERING offers a comprehensive and innovative product range. The company is flexible. "We can adapt quickly to the market," says Günther Schilling. Always one step ahead is the motto. Order books are full, sales are growing steadily. This is why the company has decided to expand its operations. The expansion of resources was urgently needed to make the company fit for the future. The company invested around five million Euros in the conversion and new construction.

Nearly in record time, the construction project was realized. After the groundbreaking in the autumn of 2015, it took only about half a year to get the new rooms. Architects, the company Goldbeck and local craftsmen worked quickly, until the new "jewelry box" was finished. A bit of pride resonates with Günther Schilling: "And all while running."

A modern, functional building complex has emerged on the company premises. The existing building has been completely excavated and redesigned. The new building was elegantly fused with a transition.

With the expansion, 1200 square meters of new office space have been created. Altogether, the offices now occupy an area of ​​1500 square meters. Production hall and service center were expanded by 2000 to 3300 square meters. The company is equipped with everything a modern, innovative company needs. These include a training center and modern offices. They are equipped with state-of-the-art technology. Ergonomically optimized workplaces and additional creative areas have emerged. In the old wing a canteen with a so-called chill-out lounge has been set up. Here employees should relax and gather themselves to create new ideas. A lively exchange of thoughts and ideas, as well as a good business climate is of great importance to Günther Schilling.

The building complex is also designed according to modern energetic requirements. Thanks to the photovoltaic system installed on the roof, the company is completely self-sufficient in the power supply sector. The company is also equipped with a modern climate control system with heat pump and energy recovery. According to the motto "we live green", the company wants to use hybrid and electric vehicles. Two separate electric filling stations have been set up for this purpose. 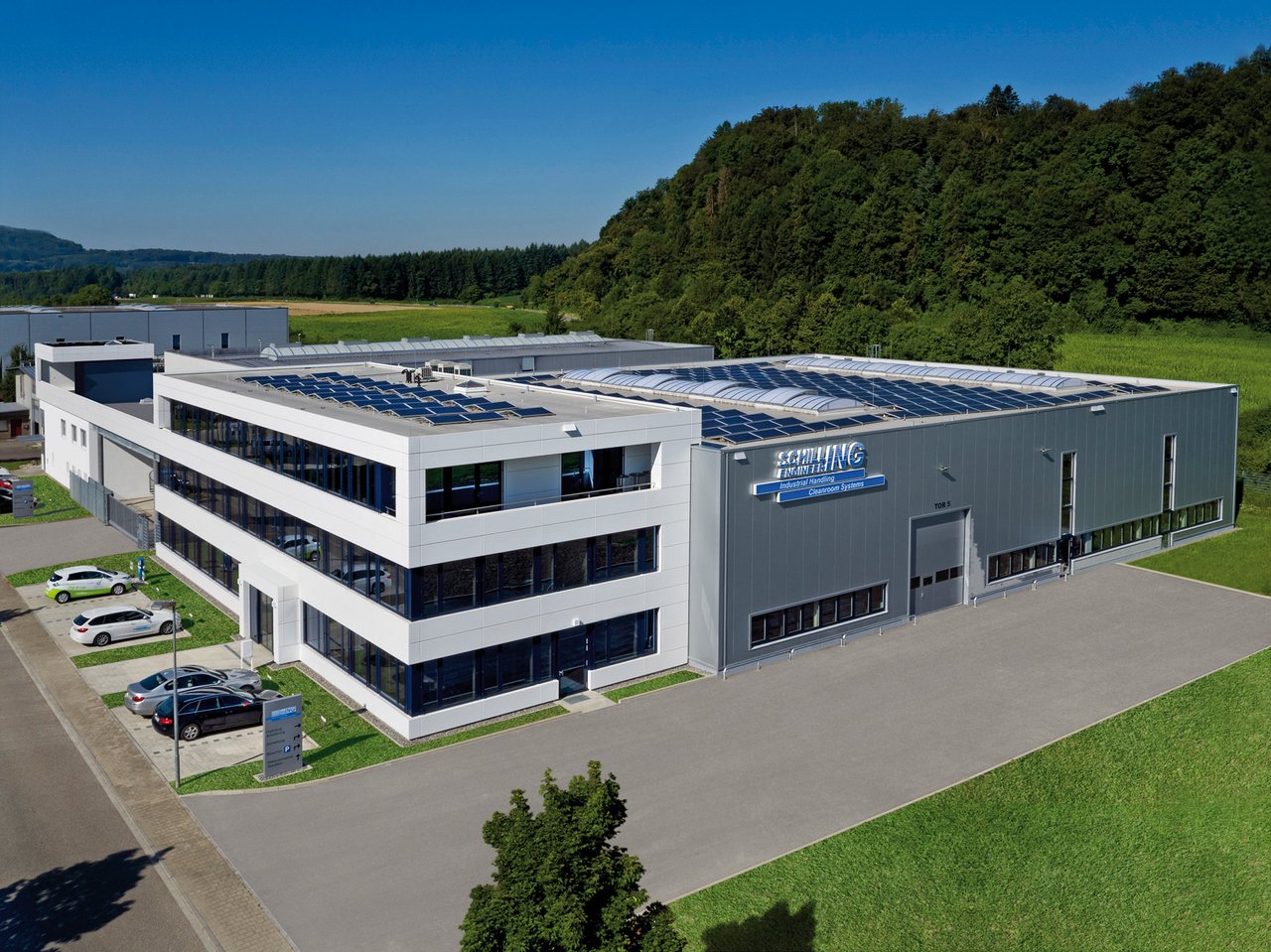