Cleanroom expansion at record speed thanks to modularity

The cleanroom at Hamilton was expanded by 320 m² at short notice due to increased production requirements. Thanks to the CleanMediCell®  cleanroom's modular system, the conversion took only six weeks. Production could be maintained during the entire measure.

When Hamilton AG commissioned a 560 m² clean room for the production of 2.5 billion pipette tips annually in 2018, no one could have guessed that the demand for laboratory diagnostics would suddenly skyrocket in times of the Corona pandemic. An expansion of the injection moulding capacity had to be carried out as quickly as possible.

Fortunately, Hamilton had already planned the old cleanroom as a modular system in advance and provided space for an extension. The 320 m² extension was again carried out with Schilling Engineering and connected directly to the existing CleanMediCell®  cleanroom.

The wall and ceiling modules of the cleanroom system are connected with a silicone-free sealing clip system that ensures the room is highly leak-proof. Due to the patented connection, the lateral cleanroom wall of the original cleanroom could be dismantled without destruction and the existing wall and ceiling elements connected to the new cleanroom. With the help of a temporary dust protection wall, production continued in full during the conversion work. Only four hours of downtime were scheduled to adjust and test the pressure and ventilation of the two merged room modules.

With the expansion of the clean room, Hamilton was able to commission a further three injection moulding machines to produce the pipette tips in a controlled process free of contamination. Each injection moulding machine is equipped with a laminar flow enclosure that uses a controlled supply of ISO Class 5 clean air to protect the open areas of production from contamination. The manufactured parts are then grouped fully automatically into trays of 96 pieces each via cleanroom conveyor belts and a connected robot handling system and fed into the cleanroom. In the clean room, the pipette tips are checked and packaged. The sealed end product is safely guided to the outside via a new automatic lift system and material locks and can now find its way to the end customer without risk.

A special feature of the cleanroom system is the integrated GMP monitoring. The particle concentration within the cleanroom is monitored as well as the parameters pressure, humidity and temperature. All values are constantly recorded and documented. The controlled process, which meets the high GMP requirements, can thus be verified over the entire production period.

Georg Schischkin, who as Quality Leader at Hamilton is responsible for cleanroom production, is very satisfied with the implementation of the expansion. The Swiss high-tech company had a very tight schedule and the speed of the conversion was of great importance. He spontaneously praises Schilling Engineering's flexible and fast planning with just one short word: "Chapeau!" 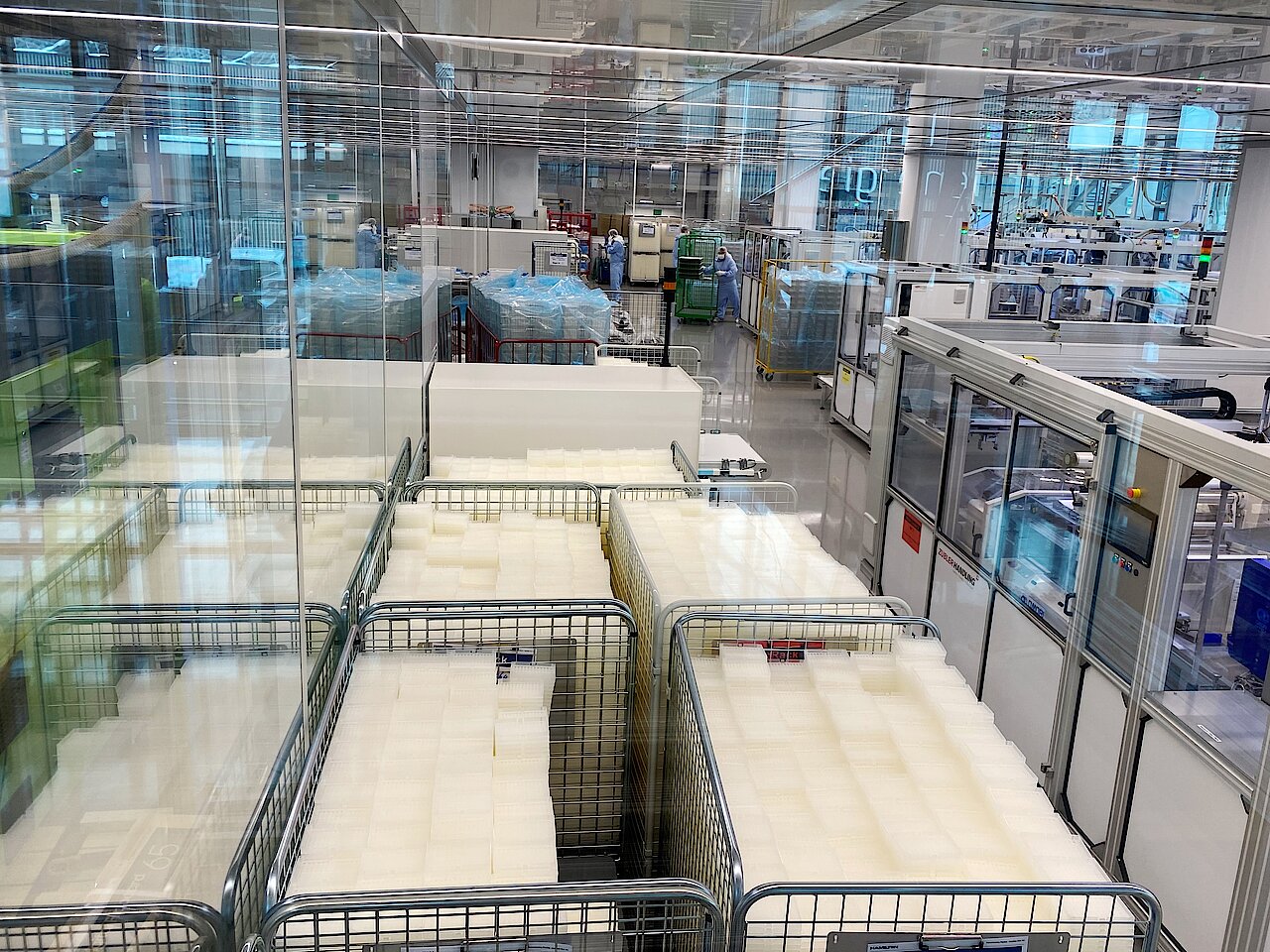 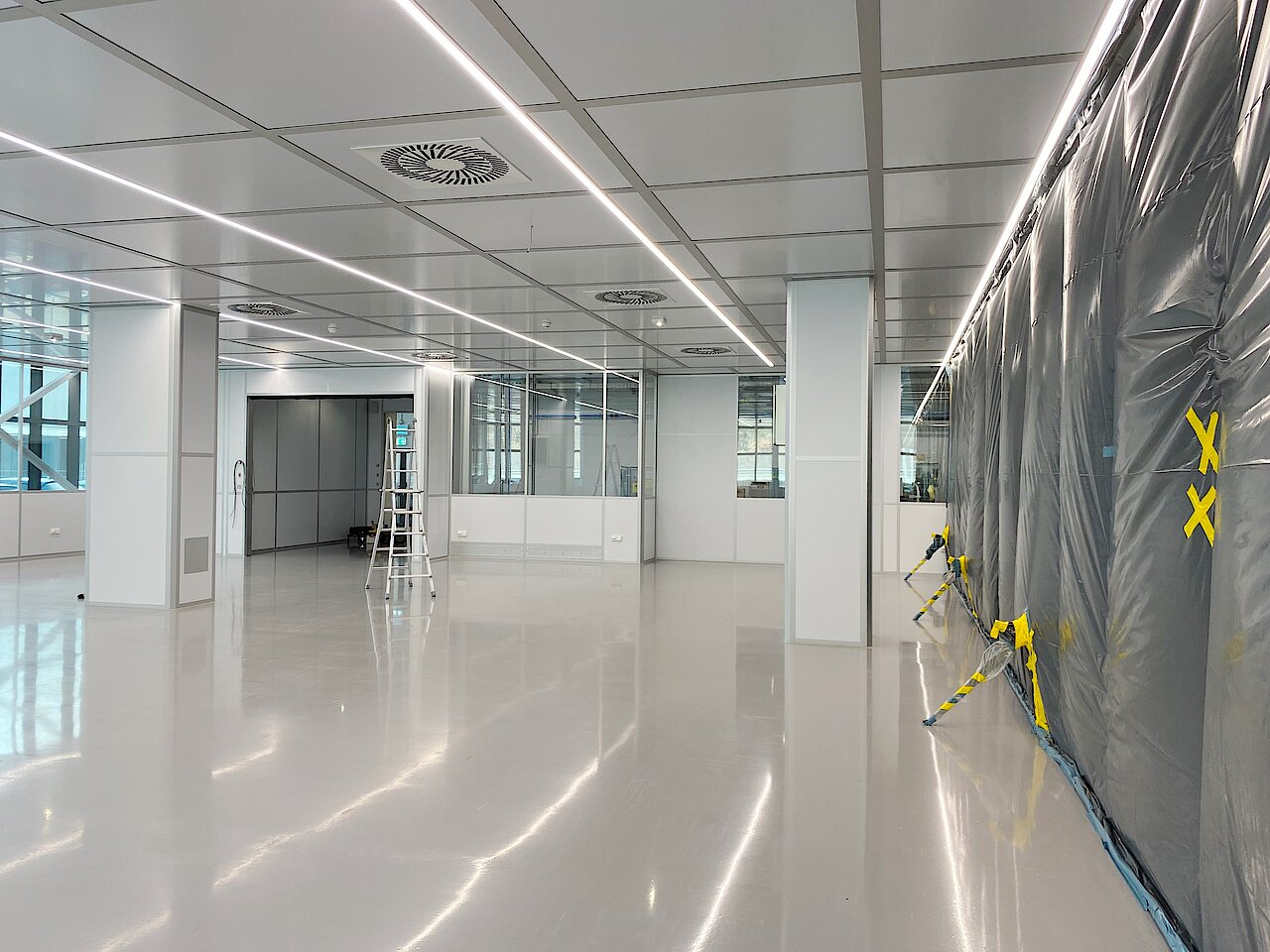 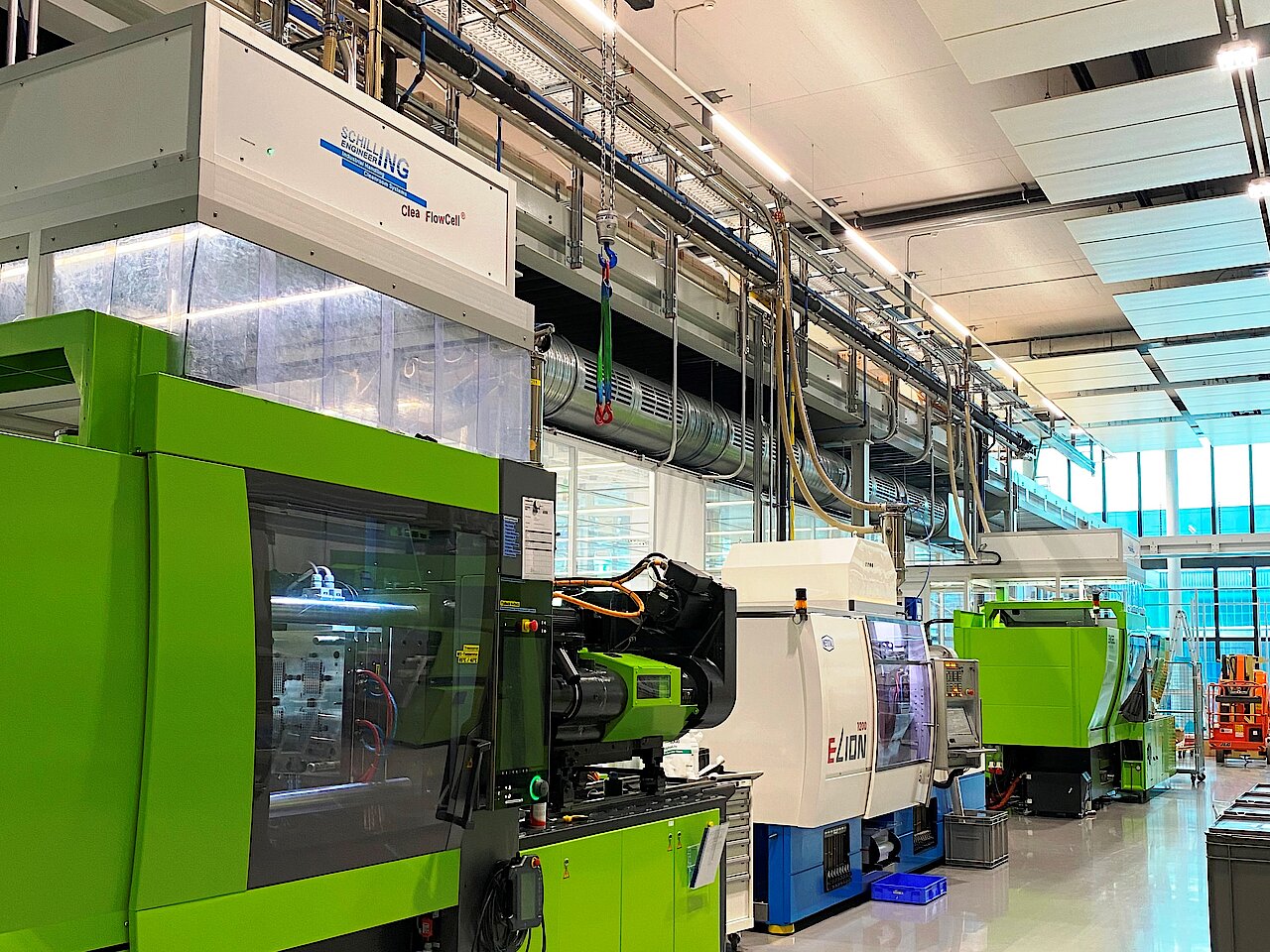 Production was expanded by three new injection moulding machines. The plastic parts are protected from contamination with the help of laminar flow attachments. 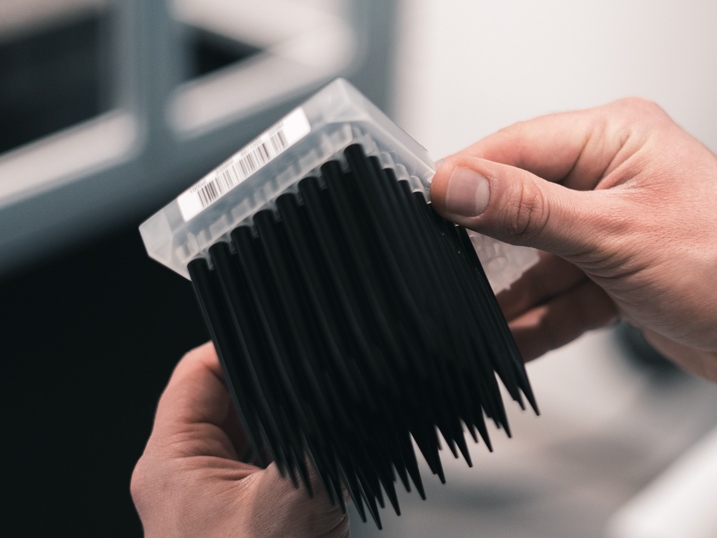 The pipette tips manufactured in the clean room for use in laboratory diagnostics.